Is It Clutter Or Is It Inspiration? 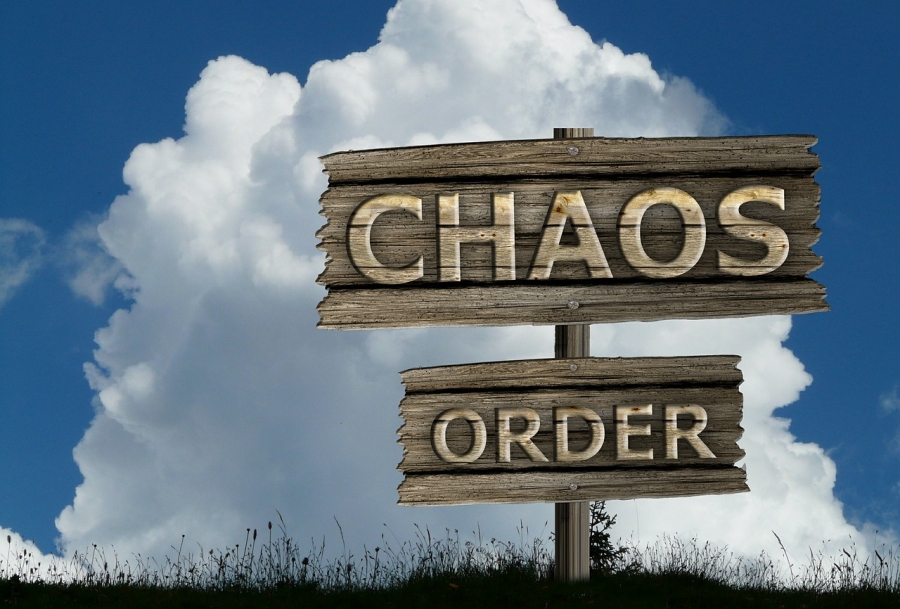 It’s not your stuff that’s ever the problem, but how you react to your stuff that is the point of concern. PJ Wade offers insight into the good, the bad, and the ugly of clutter.

We have all brought things into our lives, into our environments, which we thought were great additions. Over time and as we re-examine those choices, we often discover that some things are still great, but others have become troublesome burdens.

Does the idea of having to sort and pack all of your “stuff” keep you from considering a move? Do you shudder at the thought of having to tackle the piled-up stuff in the basement, garage, attic, or all three before you can sell your home?

You’re not alone with “stuff”, that is.

De-clutter genius Marie Kondo, who’s sold more than 10 million copies of her 2011 book “The Life-Changing Magic of Tidying Up,” has appeared on the professional organization scene. Under her guidance, keeping stuff represents JOY and throwing stuff out represents JOY. Either way, you can’t lose and life-changing JOY is the reward.

Her work is not restricted to condos; her surname is Kondo. Japanese “tidy up” master Marie Kondo concentrates on how people – from new parents to empty nesters, from rabid collectors to minimalists – should feel about their things to have a happy life.

If you’ve heard about Kondo, but haven’t seen her in action, you are missing a huge part of the magic. Her hypnotic concentration on helping people find inspiration and JOY from their possessions will have you relating to the things you own, and want to own, very differently.

Netflix has captured a variety of Kondo interactions in a series on culling accumulations, freeing-up space, and moving on. You’re bound to discover elements of your conscious and unconscious “stuff issues” as you watch Kondo in action with those intent on using their space differently.

Originally, her philosophy was to “solve your storage problems with things you already have in the house.” Her favorites were smart phone boxes, which she used to organize like items within drawers and boxes. Now, empire-building Kondo recently launched her first product line of paper box sets ($89 for 6) in case you can’t find enough small boxes around your house.

Her KonMari Method of tidying up can be daunting even if it does reward you with life-changing JOY. This is not a quick toss-out exercise, but an item-by-item re-examination of how you feel about your possessions. Sorting is by category, not by room. The first of five categories is clothing. Then on to books, through the list ending with sentimental items. It’s less about decisions and more about your current reaction to what you own. For those who need help starting or finishing, Kondo is training a growing army of KonMari professionals.

One person’s clutter can be another person’s inspiration. Before you commit to transformational tidying up, make sure you are taking the right actions and solving the right problem.

It’s not your stuff that’s ever the problem, but how you react to your stuff that is the point of concern. If you’re immobilized by what your space-choking items represent, KonMari may be for you. However, if the collection of beloved pieces you’re accumulated lovingly over the years is the source of continual pleasure and inspiration, hold on.

What we see around us can inspire us in many ways. Colors, shapes, sparkle, histories, memories…there’s a richness in what we gather around us that can keep spirits up, whet appetites for adventure, inspire creativity, and much more. What’s your stuff doing for you?

Take stock of what you have and shed the unnecessary, damaged, or distracting, but cherish those goodies that bring a smile to your face each time you see them. This will probably be antiques over IKEA and hand-crafted over mass production, but ultimately it’s all about your attached memories and feelings.

Taking a new look at your possessions and how you’re using your space can also bring you closer to those you share your home with. Search out inspiration and you’ll strengthen relationships.

Recently, I was cruising through the pristine waters in the fiords of the South Island of New Zealand when I learned about undertakings that made we think about clutter in yet another way.

Fiordland National Park covers almost 3 million acres containing mountains, rainforest, lakes and wilderness, much of it only accessible by boat. The variety of Fiordland habitats support a diverse range of flora and fauna, with many developing in relative isolation to evolve as plants and animals completely unique to this area.

No houses, few roads…yet invader species are pushing out native animals including the country’s high-profile emblem, the flightless kiwi.

In response to this crisis, two separate island reserves, including Resolution Island, the second largest uninhabited New Zealand island, are currently undergoing a massive “de-cluttering” of invader species including deer, stoat, mice, and possums. That’s de-cluttering on an admirable scale!

There are other initiatives aimed at removing unwanted “clutter” species:

• Individual New Zealanders hike through forests on Marlborough Sound in a long-term commitment to kill off individual invader pine trees. Their efforts are visible as scattered dead trees throughout the area.
• Enterprising New Zealand wool merchants created an international market for possum fur. When blended with New Zealand’s highly-prized merino wool, washing shrinkage is minimized and the resulting blend is warmer, lighter, and less bulky. I Love Merino owners Colin and Li Ru Lim of South Island Dunedin explained how “every night 35-45 million possums in New Zealand eat their way through [tons] of native forest causing enormous ecological damage to plant and bird life. The possum is a native of Australia but when released into New Zealand by man, an environment in which they have no natural predators, they have become a huge pest. They are even putting national icon, the Kiwi, under threat.” To learn more about wearing this locally-made, highly-fashionable ecological solution, drop them an email: ilovemerino@gmail.com

Inspiration for improvement on many scales can have us tidying up clutter on the home front and in natural environments. Which invader-species de-cluttering projects are underway in your neighborhood or should be?